THE RELATIONSHIP BETWEEN MOON AND WINE 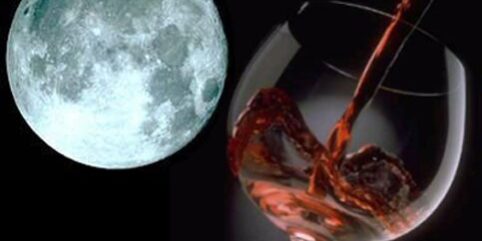 Can wine be stained by the moon?

Today I thought of writing something apparently abstract but that has influenced the popular beliefs and traditions of the past but also those of the present according to which the moon has the power to make wine better or worse and to guarantee or not evolution and longevity .

Let's say right away that there is no scientific evidence, but all those people who came before us used a few small rules handed down from generation to generation, believing the interaction between the tides unleashed by the moon and plant life quite credible.

Today we are sure of the simple sayings that have accompanied centuries of history according to which the vine pruned in January will guarantee a more abundant harvest, while pruning in March the harvest will be almost totally compromised.

We have the same influence on wine, on the handling phases as well as on the bottling operation.

For example the new moon (BLACK) , can compromise the product and create strong instability with the passage of time.

Never perform any handling practices during this period.

The tradition that accompanies the "thought influenced by the moon" recommends bottling following a calendar structured on the link between atmospheric tides and wine.

During the waxing moon phase, or in the first quarter, the sparkling wines are bottled while in the last quarter, or in the waning moon phase, wines with long aging (long-lived wines) and also sweet wines (as also the high sugar concentration allows excellent evolution).

The full moon comes to our aid because it allows us to bottle any type of wine.

If you look at the calendar, in the last quarter the hump of the moon is to the east while in the first quarter it is to the west.

I want to give you a hand to understand when to bottle your wine, following the lunar trend and crossing your fingers, with the right confidence we will be rewarded by history, by the truthful assumptions of popular beliefs, and maybe, by some grandfather who lent from year to year due attention before bottling his hard work, although remembering that even today the moon influences our way of seeing wine. 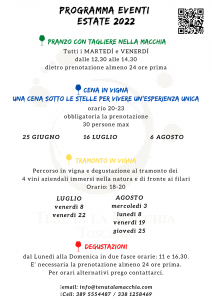